This years’ “Film PhiloSeFFy” consists of 4 productions: fresh premieres as well as the latest pictures, which have already echoed loudly all around the world. Each story is characterized by high artistic value and great acting. The first picture is a French production – a suspenseful plot about a love triangle directed by Nicole Garcia, the second is a Polish documentary, also telling the love story of the three. The third film proposal is a hypnotic story, full of black humor, about the backstage of a certain advertisement, the implementation of which got out of hand. Finally, the last picture is Wojciech Smarzowski’s “Wesele” ‘bis’, which mirrors the Polish mentality. Will it be as good as his “Wesele” (2004)? Let’s find out about it at the October edition of the “Film PhiloSeFFy’21. 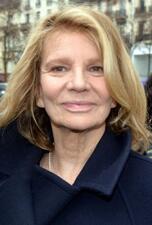