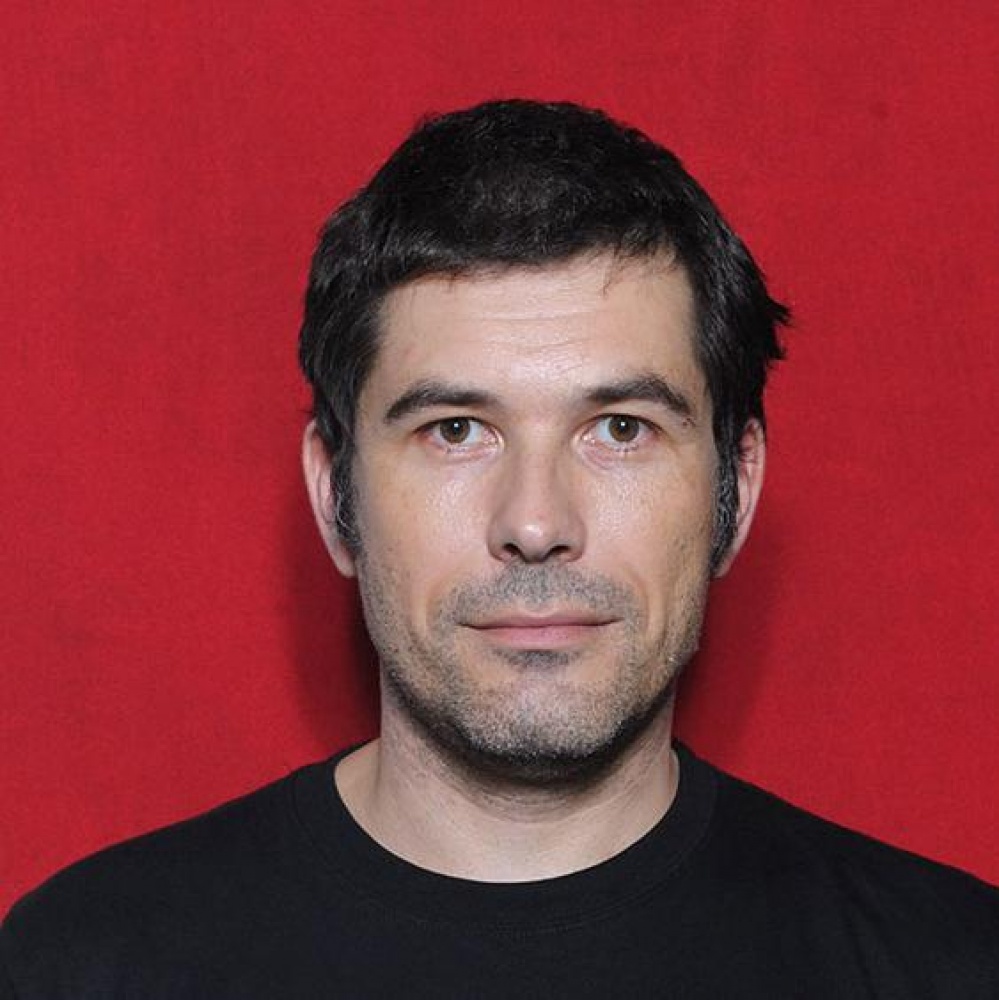 Born in 1967 in Düsseldorf, Bernd Lützeler studied at University of the Arts Berlin, where he completed Maria Vedder's master class in 2003. Nowadays he lives and works as an artist and filmmaker between Berlin and Düsseldorf. In his works he often focuses on the aesthetics and perception of the moving image and sound, and their interrelation with technology and society. Several of his film- and video-projects have been produced in Mumbai, India, including his last film “The Voice of God” and the multimedia theatre performance “K⁰.” He is an active member of the artist-run, analogue film-collective LaborBerlin. Currently he works on his new experimental film Camera Threat.
Filmography:
Camera Threat  (in progress)
Analogue Natives  (in progress)
Unterwegs mit Maxim Gorki  (2014)
K⁰  (2011)
The Voice of God  (2011)
Movieland  (2008-2010)